Each case study is based on actual project casefiles, digested to provide clear examples of diagnostic and repair techniques typical of each class of structure.)

This case study is of a 15-storey high-rise building constructed in 1972 in the Melbourne central business district.

Minor spalling was evident on the west and east facades of this in-situ concrete structure with an exposed aggregate finish.

A design check showed a 30 MPa concrete strength with no minimum cement content specified. The reinforcement cover was designed to be 25 mm over what was predominantly 16 mm diameter reinforcement. 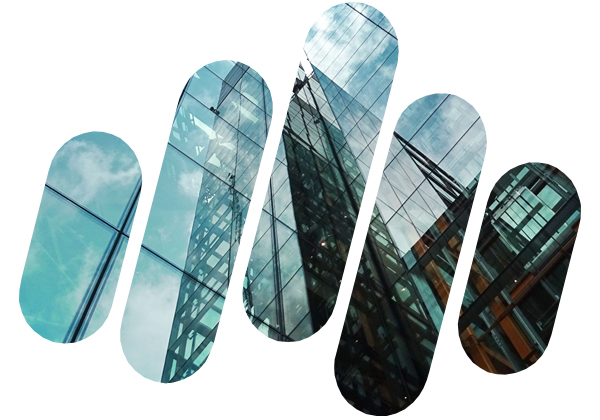 Random testing was carried out over all four faces and the following results were obtained:

From the results, it can be seen that there were some slight variations generally over the four faces.

It can be concluded from this investigation that carbonation is the cause of the corroding reinforcement and spalling, and while there is some variation from face to face of the structure, the investigation indicated that up to 10% of the area of the facade, or 10% of the reinforcement, may well be in carbonated concrete due to the low cover.

It was determined that the small amount of spalling was only the tip of the iceberg with regard to eventual spalling of the concrete. It was decided to find all reinforcing steel with cover less than the average carbonation range and patch these areas, whether in fact they were spalling or not at this stage.

This would eliminate the ongoing corrosion and need to re-access the structure with a few years to undertake more spalling repairs.

The specification also included crack injection on a number of shrinkage and small cracks to ensure no adequate path for further carbonation existed through these cracks. In addition a high-quality anticarbonation coating was specified to ensure no ongoing ingress of carbonation and further infection of reinforcing steel bars. This coating was selected also to upgrade the appearance of the structure.

The repair was undertaken with a trained crew of repair specialists who, using a quality-controlled method, investigated the entire facade with a covermeter, marking on the surface with chalk any areas where reinforcement cover was less than the face average of the carbonation depth.

The investigation proved to be reasonably accurate, with approximately 8% of the surface reinforcing steel bars being found to be in this low cover range.

This reinforcement was exposed with small-scale jackhammers to a minimum depth of 20 mm behind the reinforcing steel bars, the area cleaned, reinforcement coated, substrate pre-wetted and bond-coats applied prior to the trowel application of the polymer-modified repair mortar.

All cracks were injected with a low-viscosity epoxy resin. All repaired areas were marked up on drawings as per the QA plan. The facade was given a complete high pressure wash prior to the application of the protective coating.