(Each case study is based on actual project casefiles, digested to provide clear examples of diagnostic and repair techniques typical of each class of structure.)

This three-span, two lane bridge, constructed in 1975 in inland South Australia, consisted of a simple reinforced concrete pier and head-stock in a T section with reinforced concrete abutments. Precast, prestressed beams of approximately 10 m span were used to construct the deck of the structure. 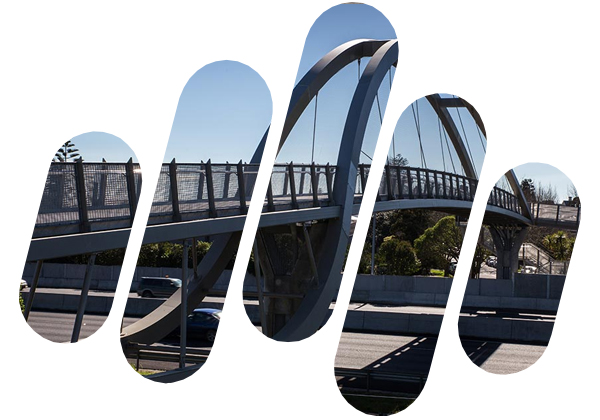 Random testing was carried out and the following results were obtained.

Patch repair, CP (cathodic protection) and re-alkalisation were considered as potential repair techniques for the carbonation-attacked piers, headstocks and abutments of this structure.

The precast elements, being generally in sound condition, required no treatment.

Re-alkalisation was therefore selected as the repair technique and was to be followed with the application of an anticarbonation coating to ensure that carbonation did not recur.

The minor spalling and delaminated areas were removed to the reinforcing steel, where the steel and substrate were prepared and repaired with a low resistivity mortar, without use of substrate and reinforcement coatings.

Following five days of curing of the spalled areas, the re-alkalisation system was applied. Approximately three days of operation was required to re-alkalise the concrete and reverse the carbonation to effectively zero. A high quality anticarbonation coating was then applied with a roller.